Movie ideas Wiki
Register
Don't have an account?
Sign In
Advertisement
in: PG, Tom and Jerry, Tom & Jerry,
and 11 more

Tom and Jerry: The Avenger's Endgame

Tom and Jerry: The Avenger's Endgame is an Warner Bros. Pictures (WarnerMedia Byline), Warner Bros. Animation, Metro-Goldwyn-Mayer Pictures and Marvel Studios and based on Avengers 4: Endgame (2019).

Using the Infinity Gauntlet, Thanos, Tin, Pan and Alley wiped out half of life on the cosmos. But by doing so, he begins the end of the universe. It's up to Tom, Jerry, Tuffy, and the Avengers to claim the Infinity Stones to undo the damage before all fall. But can Iron Man overcome the doubt and remorse, or would he endanger all?

Professor Charlie: I'm as much to blame. By keeping the truth from you, I caused the events leading to the End of the Universe.

Fandall: It's the guy's fault. He got so much slain.

Hogan: He was deceived.

Fandall: He failed us. He betrayed us.

Tuffy: The past one?

The Ancient One: Your flirts fail. I know you. Sif: Go, girl.

Hogan: Give it up, Fandall.

Sif: Wow. If only she'd been with us on Ragnarok. Woulda been funny to see her do the trick on Hela. Yep. Woulda served the pompous witch right.

Jerry: Which be wrong with you? Wolverine; Your brain got damaged?

Eternity: Wrong. You feel remorse. Something he lacks. Go. You and the others shall defeat the rogue. And you shall annoint Captain Carol Danvers, also known as Captain Marvel, the daughter of General Danvers and the heir of Captain Mar-Vel, as leader of the Avengers when you go.

Jerry: Some bud. You double-crosser.

Tom: Quit your fibs. We know the truth.

Doctor Strange: You sold the Starks out to Apocalypse's followers.

Thanos: They knew too much. Which would you do?

Spider-Man: I woulda died. I'd sooner die than betray my friends.

Pepper Potts: We shall tell her who you were and which you done for us.

Jerry: Rest well, Tony. You earned it.... as you earned back the trust of others.

Sakar: I far from prejudiced anyone as harshly as I prejudiced the Starks.

The Silver Surfer: Who's perfect? A moral the Starks learned the diffucult way.

Jerry: Why? It was far from you. It was all. Humanoids. Too proud. Too stubborn. Too greedy. Too aggressive. They brought more harm to the cosmos by allowing flaws to overcome them. But they can redeem. Tony proved so.

Jerry: Good to hear. Mentor: Thank you for proving sanctuary for my people.

The Silver Surfer: We could do zero else. Sif: Well done. 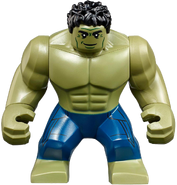